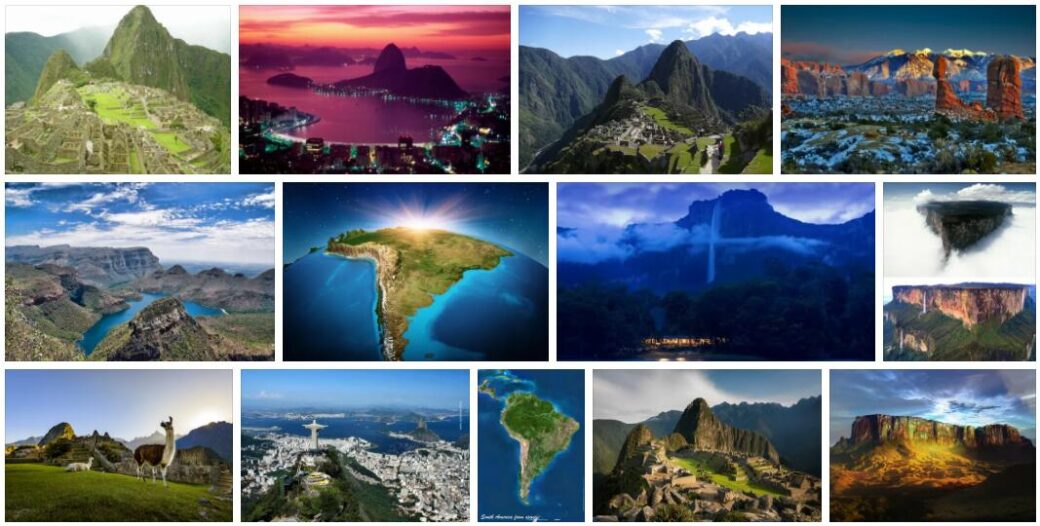 The South America has crossed land for two important latitudinal lines: the equator and the Tropic of Capricorn. Latitude determines the amount of sunshine and the angle of incidence of sunlight on the earth. However, other factors also influence South America’s climate. The elevation of the relief changes the temperature, causing it to drop by an average of 6.4 °C every thousand meters above sea level, in addition to serving as a moisture barrier for nearby plains. The maritimity continentality and represent the proximity or otherwise of large bodies of water, influencing the relative humidity and temperature range. Finally, sea currents can block or facilitate the entry of moisture into the continent.

The Paraguaná Peninsula, northern Venezuela, is home to an unusual formation for the Caribbean, the Médanos de Coro desert. The climate is typical of desert, with average temperatures between 26 °C and 30 °C and a rainfall that varies between 200mm and 500mm annually. The central and northern portion of the Chilean coast and the coast of Peru are areas dominated by the subtropical and tropical desert climate, with annual rainfall of less than 150mm and temperatures between 27 °C and 13 °C. In this climatic formation we find the Atacama desert, on the border between Chile and Peru, which is the driest desert in the world (with only five days of rain a year). The Chilean and Peruvian deserts are formed by the cold Humboldt sea current, which prevents moisture from reaching the continent, and by the Andes mountain range, which do not allow moisture to arrive from the Pacific and the Atlantic. The Patagonia Argentine has two desert enclaves of latitudes averages less than 300 mm per year rainfall and mean temperature lower than the hot deserts (about 14 °C). 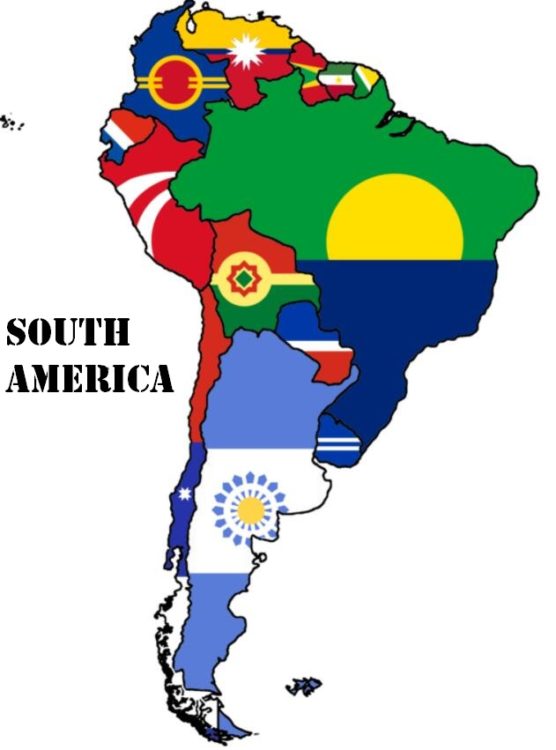 The peripheries of the Argentine and Venezuelan deserts, in addition to the central area of northeastern Brazil, are dominated by the tropical and subtropical steppe (semiarid) climate (Brazil and Venezuela) and mid-latitude (Argentina). The subtropical and tropical steppes are characterized by low rainfall, less than 600mm per year, concentrated in three or four months. The temperature, on the other hand, remains high throughout the year, with an annual average of 25 °C. The climate in the Patagonian semiarid region varies according to location. To the north we find mild autumns and springs and severe summers and winters. In the south the climate is more severe, with mild to cold temperatures all year round. In both regions the average rainfall is no more than 800mm.

The climate of tropical forest rain (equatorial) is found in northern Brazil and Bolivia, in the central coast of Brazil in the east and center of Colombia and Peru, in Guyana and Suriname, and also in southern Venezuela. It is characterized by intense rainfall, distributed throughout the year, and by high and constant temperatures, averaging 27 °C throughout the year. The tropical savannah climate occupies a large part of Venezuela, the central portion of Brazil and Bolivia and northern Paraguay, with two seasons: a humid and hot summer, and a dry and hot winter, averaging 27 °C and 22 °C, respectively.

The south of Brazil, the south and west of Paraguay and the north of Argentina are regions dominated by the humid subtropical climate of hot summers, with four well-demarcated seasons, well-distributed precipitation and variable temperatures (depending on the season). There is an enclave in the central part of southeastern Brazil with a maritime climate on the west coast, which is distinguished by mild summers and winters. We find in the high Andes the mountain climate, with the temperature below 0 °C all year round and little humidity, with the precipitation in the form of snow.

For population of South America and profile of each country, see Countryaah.com. 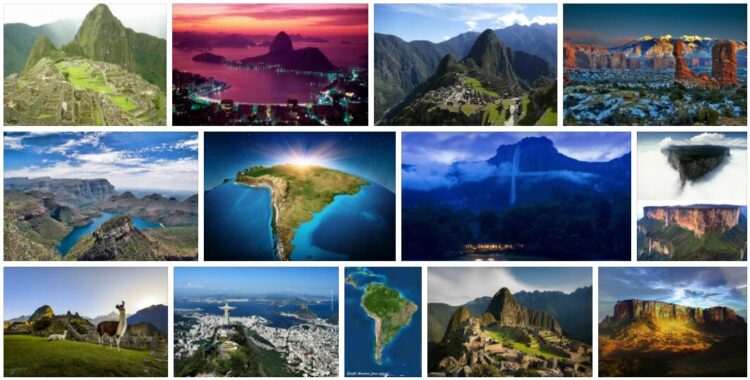