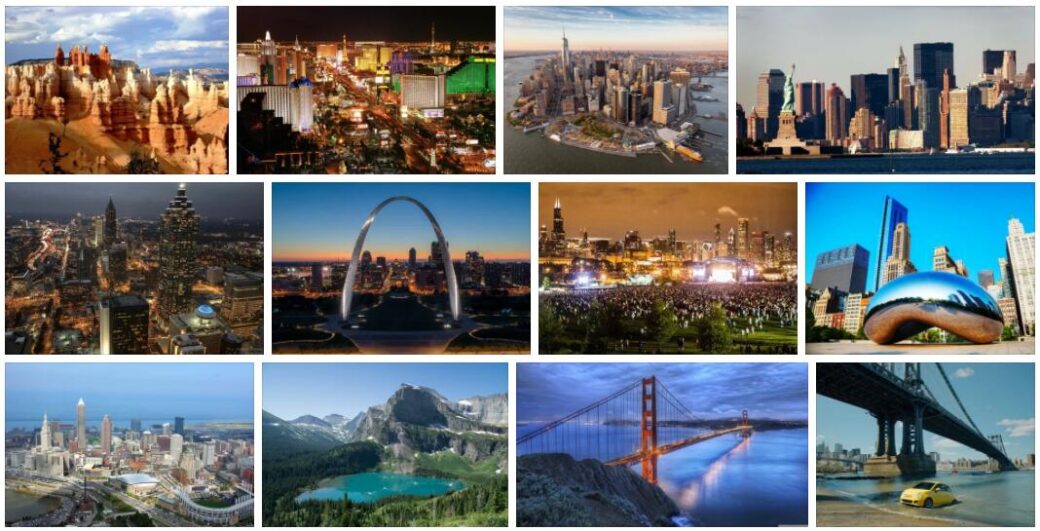 The North America has territories between the equator and the Arctic Circle. Its great extension and rugged relief generate different climatic formations. The latitudinal position (in the south-north direction) and the relief, the main climate-forming agents, influence the incidence of solar radiation and temperature, respectively. Other important factors for the formation of climates are the proximity of large bodies of water and sea currents, which influence areas closer to the oceans. North American climates are divided into: polar, temperate, subtropical, tropical and desert.

At the boreal end of the subcontinent, where there are territories beyond the Arctic Circle, the polar climate predominates. With long, harsh winters interspersed with short, mild summers, the polar climate has average temperatures of -30 °C, reaching 4 °C in the summer. Due to the very low temperatures, the evaporation rate is negligible, causing little rainfall. The main precipitation is snow, which reaches up to 150 millimeters per year.

The subpolar climate occupies the central and southern portions of Canada, except for areas close to the oceans, and presents two seasons: a cold winter (minimum of -15 °C) and dry and mild summers (maximum of 5 °C), with some rain precipitation – but still considered dry.

The temperate climate in North America is divided into four subgroups. The continental temperate occupies the southern part of Canada, part of Alaska and the northern center of the United States, except for areas close to the oceans and mountainous areas. It presents hot summers (maximum of 20 °C) and humid, cold winters (minimum of -5 °C) and dry, being autumn and spring transition seasons.

The temperate maritime climate is found in the western United States, closer to the oceans. This climate is more directly influenced by the thermal regulation of the seas, having a smaller thermal amplitude, with cool summers (maximum 15 °C) and cold winters (minimum 5 °C). It has four well-defined seasons and a high rainfall average distributed throughout the year.

The Mediterranean climate is found in the western USA and has four well-defined seasons, with mild winters (minimum 10 °C) and hot summers (maximum 25 °C). The rains are concentrated in autumn and winter, while summer and spring are dry.

The altitude climate is observed in the top of the Rocky Mountains, USA, and in the Sierra Madre, central part of Mexico, with little thermal variation between summer and winter, being cold all year round with an average temperature of 0 °C and well distributed rains.

In the southeastern USA the climate has the typical characteristics of humid subtropical. This climate in North America is known for having hot summers (maximum 27 °C) and mild winters (minimum 4 °C). Moisture is present all year round, despite the fact that summer is more humid than winter, not only due to its latitudinal position, but also due to the influence of the warm sea current in the Gulf of Mexico.

The border between Mexico and the United States is dominated by the arid climate, where we find desert and semi-arid climates. North American deserts can be divided into two classifications: warm tropical and mid – latitudes. The hot tropical is characterized by high temperatures, reaching 50 °C, and rare rainfall, which usually occurs in the winter period. The mid-latitude desert shows the lowest average annual temperature (14 °C) and low rainfall. The North American semiarid region has mild winters (minimum 10 °C) and hot summers (maximum 27 °C), with rainfall between 100 and 300 millimeters per year. In southern Mexico and southern Florida (USA) we find the tropical climate that has a high annual average (30 °C) and high rainfall.

The relief of Central America is characterized by two distinct regions: the mainland and the island. Both are basically made up of mountain ranges formed in the Cenozoic era, from the uplift of the Caribbean plate over the Pacific plate. The relief that was formed in the period suffered more intensely with the erosive processes. The mountain ranges of the continental and insular part of the subcontinent line up from north to south and sedimentary plains can be observed in the vicinity of the coastal areas. The island region forms an arch, which is an extension of the relief of the continental region. Therefore, it is noticeable that all of these islands are the top of a great mountain range, most of which are submerged in the Atlantic Ocean.

The continental region of Central America forms an isthmus, which is a narrow and elongated strip of land connecting North and South America. From the northern portion of this isthmus, the mountainous relief extends from the Sierra Madre do Sul, in a succession of plateaus and mountain ranges of volcanic origin, forming the Central American Sierra Madre, which follows from Oaxaca, in the south of Mexico (country more to the south) south of North America), to Panama, through Guatemala, El Salvador, Nicaragua and Costa Rica. In the Central American subcontinent, the modern folds that make up the mountain range are the result of the collision between tectonic plates, causing the subduction process, in which one plate is pushed under the other, folding it and raising the relief – in the case of Central America, from the western portion of the isthmus.

The constant shock between the tectonic plates in the region gives rise to an intense movement, which manifests itself mainly in the form of seismic activities ( earthquakes) and volcanic eruptions. There are about 80 active volcanoes in the region, and some of them have high altitudes, such as Tajamulco (4,220m), in Guatemala, and Barú (3475m), in Panama – which shows that the internal agents that created the isthmus is still active.

In the center-south portion of the isthmus, it can be seen that mountains and volcanoes appear interspersed with sedimentary basins that present very fertile soils, the result of the decomposition of rocks expelled by the oldest volcanic activities.

The Caribbean islands are also mountainous, although not very high. The Sierra Maestra Cubana, with heights close to two thousand meters, and the central mountain range La Española, which culminates in the peak Duarte (3,175m), in the Dominican Republic, are the most prominent forms in the relief of the region.

The archipelagos that form the island part of Central America constitute an arch of islands that stretches from southern Florida to northern Venezuela, dividing into three groups: the Greater Antilles, the Lesser Antilles and the Bahamas.

The Greater Antilles are islands of sedimentary origin. Originally, these islands formed an extension of the central plains of the United States. However, during the formation of the continent, with the constant fluctuations in ocean level, the sea ended up covering much of southern North America, about a billion years ago, forming the current area of the Gulf of Mexico.

In general, the Lesser Antilles are the top of submarine volcanoes, formed from the pressures from tectonism. The group formed by the Small and the Greater Antilles is located between the Caribbean and South American plates, which are in constant friction. On several islands in the region, continuous seismic movements and volcanic activities are recorded.

The Bahamas complement the island part of Central America, and are formed by very extensive, flat, low-altitude coral islands, which favor the formation of lakes, swamps and mangroves, interspersed with forests. 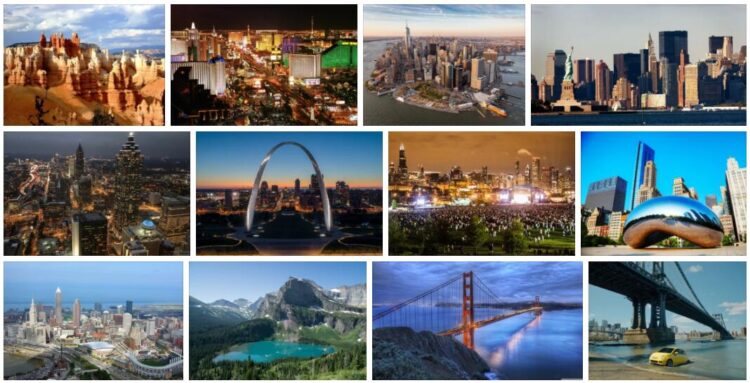