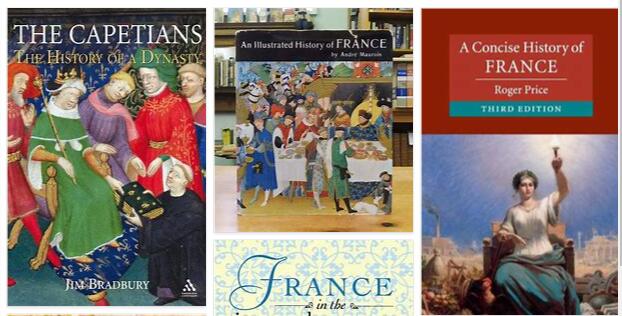 To the same society, to the same courtly meetings, to the same baronial greetings to whom these elegant and courteous novels were addressed, the courtly lyric was also addressed, which radiated from the French court at the time of Queen Eleonora of Aquitaine (1137-1152 ). She was Eleanor of the same lineage as the oldest of the Provençal troubadours (William IX of Poitou), and was the mother of Mary of Champagne and Adelaide of Blois, in whose courts, no less than that of Paris, she was the seat of taste and culture. It seems that the sweetest of troubadours, Bernart de Ventadorn, accompanied Eleonora to Paris. Sure, Provençal poetry flapped its wings around this queen’s head, who also guided the muse of Provence and France at the court of the Plantagenets and who can be considered the greatest protector of troubadour lyricism in France. It is the time of Gace Brulé, of Gautier d’Arras, of Conon de Béthune, of Chrétien de Troyes. This French courtly lyric is almost identical to the Provençal one; it has the same reasons, the same tones, the same strengths and the same defects. It is “feudal” lyric or, as it reflects the uses, customs and ceremonial of feudalism in a new complicated love ceremony, difficult to be respected, so much so that one feels the need to encode it in books De Amore by Andrea Cappellano. This is not the place to investigate the origin of this noble and chivalrous lyric (see chivalry, poetry): whether it comes from popular dance songs, or is linked to medieval Latin poetry, or should it be traced back to a greater variety of primordial motifs: popular, learned, clerical, etc. We will only say that it does not break its relations with medieval Latin lyric. There are, in fact, in this Latin lyric, poems that closely resemble the ways of poetry in the vernacular. The school of Angers included, for example, Marbodo of Rennes, who sang in Latin the praises of Adele, daughter of William the Conqueror. One of his pupils, Baldric of Bourgueil, sang the praises of another daughter of William, Cecilia. And Ildebert of Tours, Peter of Blois, Stephen of Orleans, Ugo called Primate are all poets in Latin who have, here and there, the movements of poets in the vernacular. We even have, in the century. XII, examples of “shepherdesses”

At the same time a joking poem flourishes, almost satirical in tone, but without anger and hatred, a caricatural, realistic poem, written by educated verseurs, but addressed to the rising class of bourgeois, merchants and also to the people, as well as to the nobles, that is the poetry of the fabliaux (see fable). But the truly satirical work of this period is constituted by the Roman de Renard, who reveals and recognizes in the qualities and vices of animals the qualities and vices of men. According to PHARMACYLIB, the origins of this which was called the “epic of the animals” are not popular except for a few episodes, because it is probable, if not sure, that its true roots lie in medieval Latin literature.

Latinity ferments in the major expressions of this renaissance. From the Latin liturgical dramas it was born, in the century. XII, the vulgar theater. Around 1150, between Limoges and Angoulême, the drama of Epoux (or of the wise Virgins and mad Virgins) was written and represented, where the angel Gabriel and the merchants speak in Limousin and Christ and the Virgins in Limousin and Latin. If this little drama was intended to be performed in the church, the Jeu d’Adam, written in Normandy half a century later, had to be performed, all in French, outside the church, in the churchyard. A little later are the Jeu de la Resurrection (fragmentary) and the Jeu de Saint Nicolas. Only in the century. XIII begins the comic theater, whose origins are obscure. Typical examples are Adam de la Halle’s Jeu de la feuillée and Jeu de Robin et Marion. Later, the “mysteries” whose social importance will be profound will come.

In the thirteenth century the second French Renaissance loses the freshness and vigor that had been its main characters in the previous century. The literary forms of the century are cultivated. XII, but a certain softness attenuates the inspiration and the poetry becomes more and more intellectualistic and mannered. Allegorism triumphs in the work (which was defined as a “symbolic psychological epic”) by Guillaume de Lorris and Jean de Meung, written for the worldly clerics of the time of Bianca di Castile’s regency: in the Roman de la Rose, whose influence rapidly spreads beyond borders. Alongside small narrative masterpieces, such as the Lai de l’Ombre and the Chatelaine de Vergi, there are heavier and more tiring novels (eg. Sone de Nansai, etc.) or phantasmagoric, with an excess of hues and with an effort of the imagination, such as Cléomadès d’Adenet li Roi and Méliacin by Girart d’Amiens. Breton legends and narratives pass from poems to prose compilations and the prose novels of Tristan, the Meliadus and the Lancelot du Lac are written, in which there is the story of San Gral narrated in verse in the previous century by Robert de Boron (Joseph) and by Chrétien (Perceval). Not only are works of history written (Joinville) as in the previous century (Villehardouin), but encyclopedias, didactic and moral treatises (Nicole Bozon). Meanwhile, the bourgeoisie was born and consolidated in the rich cities of Picardy and Flanders. For this new social class of merchants and businessmen, verse writers such as Jacques Bretel and Pierre de Corbie still imitate, basically, the conventional chivalric poetry, which now languishes in a monotonous repetition of motifs. But in new “shepherdesses”, in new songs of malmaritata and in new ballads and “virelays” the poets try to get more in touch with life. Colin Muset, with his tender and lively poetry, a prelude to Rutebeuf and also, out of a certain respect.