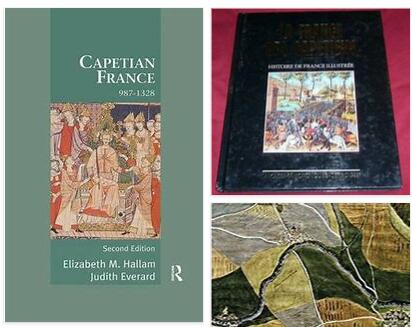 It is customary to divide, for ease of study, the French literary origins into many particular aspects, one detached from the other, according to whether one considers the epic, or the lyric, or the narrative genre, and according to whether one examines literature in Latin or in the vernacular. But, in reality, the problem is unique, as can be argued from the contemporaneity or the synchronism of all these varied forms, in which the spirit of the so-called second French Renaissance (from the eleventh century to the thirteenth century) is implemented, after that of Charlemagne.

The first epic, narrative, lyric and dramatic literary expressions are almost contemporary; and the relations between Latin poetry and vulgar poetry are so close and interfering that it is impossible, on closer inspection, to distinguish a “world” of clerics as opposed to a “world” of the laity, as if they were two closed, independent, incommunicable worlds. The truth is that all the first French literary flourishing arises from a luxuriance and an abundance of life that renews France at the time of the first crusades, when the Benedictines give themselves to studies, when the schools of Chartres, Bec, of Angers, when new monastic orders are founded, such as that of the Cistercians, and when heresies spread (testimony of religious ferment). In the space of about a century,, Breton and adventure novels, love poetry, religious poetry and theater: in this period the author of the Chanson de Roland flourished (in the assonanced form that has come down to us), as well as the authors of the Couronnement Louis and of the Pèlerinage de Charlemagne, like the authors of the Roman de Rou (Wace) and the Comput and the Bestiaire (Philippe de Thaon), as well as the anonymous composers of the liturgical “jeux” and the Mystère de l’Époux. A century hardly divides the Vie de Saint Alexis from the two Tristans of Thomas and Béroul and from the Lais of Mary of France and the novels of Chrétien de Troyes. It is the period in which France cultivates philosophical studies with passionate fervor and in which poems are written in Latin, such as the Alexandreis by Walter of Châtillon. It is the period in which the most beautiful and distinguished French cathedrals were built. Society is transformed. Relations with the East become alive and fruitful. The woman acquires a civil importance that in the past had been disputed to her. Latin studies are reborn. A new culture imbues the whole life of time with itself.

According to PAYHELPCENTER, the same songs of deeds are linked to the clerical culture more than it might seem at first glance, because some of them are linked to Latin biographies of the protagonist and others to sanctuaries and pilgrimages (see songs of deeds). On the other hand, in them, the profane element is preponderant and it cannot be denied that some echoes or influences of classical Latin writers, in particular of Virgil, have passed through them. Under an illusory appearance of primitiveness, they hide the artifices of authors quite consumed in the profession of narrator, because, even if they are linked to earlier French (or, more likely, Latin) poems and narratives, it does not seem that, in the form in which there they have come, they may be due to rough and uneducated writers, but yes well to indoctrinated versers, who have transformed them into new works, with their own intrinsic coherence and unity: works that reflect the aspirations, ideals and tastes of the second French Renaissance.

Other aspirations, other ideals and other tastes of that same period are reflected in the so-called courteous novels, destined for a more cultured and aristocratic society. They are novels that take place in a fictitious and unreal atmosphere, where the heroes no longer have those characters and those feelings that bind the protagonists of the Chansons de geste to the French noble or baronial society of the century. XII. Their skill and courtesy rather reflect ideal qualities and virtues that aristocratic society admired, without proposing and without ever dreaming of putting them into practice. These novels lack unity. They are a sequel to unrelated adventures, whether they deal with classical subjects (e.g. the Roman de Thèbes, the Roman d’Enéas, the Roman de Troie by Benoît of Sainte-Maure, which descend more or less from Latin models, but move within a chivalrous and courteous climate and are all pervaded by a romantic medieval spirituality), whether they are inspired by themes of Greek-Eastern origin, Byzantine, or Arab, etc., and finally that they carry out stories of adventure or Breton matter and narrate the legend of Tristan and Isolde. The greatest poet of this marvelous and unreal world, phantasmagoric and fairy, is Chrétien de Troyes, who offers us in his novels and in his “beautiful French” a shining, golden chain of adventurous episodes, and, despite his length and prolixity, manages to interest us for the elegance and refinement of the language and, even, for its subtle mannerism, which has something suggestive and sweet. It is, in short,, in Cligès, in Erec et Enide), the most significant and representative writer of medieval aristocratic French society, in which women and princesses shone, such as Mary of Champagne, inspirer of some of his novels (Lancelot). There was, in the Arthurian or Breton and adventure tales, something languid and elegiac that seemed to be made on purpose to interest the educated female society. Therefore, it is not surprising that a literature for women has arisen. Thus, here is the novel by Ille et Galeron written for Beatrice, second wife of Frederick the emperor; that of Guillaume de Palerne for Iolanda, daughter of Baldwin IV of Hainaut; that of Violette for Mary of Ponthieu, etc. Even in Provence, Flamenca’s famous novel was dictated precisely for women. One of the most beautiful works of French literature of this period, the Lais, are by a woman: Mary of France. Some adventure novels are delightful, p. ex. Floire et Blanchefleur, l ‘ Escoufle, Guillaume de Dôle, the songwriter of Aucassin et Nicolette. There are no characters, there are no strong and decisive violent passions; but there is kindness and love, there is a mixture of refinement and frankness, of imagination and reflection, which conquers and seduces.